How Has The Blast Impacted Lebanese Entrepreneurs? 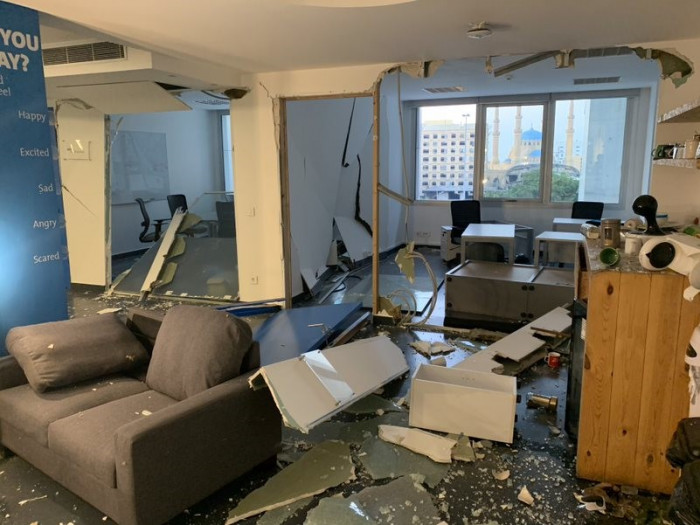 Choosing to become an entrepreneur and taking the leap, requires grit. Choosing to become an entrepreneur in Lebanon requires passion, drive and commitment to persevere despite every single odd. Up until the tragic blast that shook the Lebanese capital, entrepreneurs in Lebanon were facing many challenges to carry out their business operations as ‘normal’. The plethora of challenges included capital controls, a destabilized economy, lack of visibility, political instability, lack of access to funding and frameworks that work against the aspiring business owner – not with them. The explosion on August 4, 2020 added to a pool of setbacks and challenges, both operational and psychological, for those determined to succeed and survive in this vibrant nation.

BDD interviewed Lebanese entrepreneurs, to understand the impact of the blast on businesses across Lebanon, and how their priorities have shifted, moving forward.

What is the impact of the blast on people and businesses?

When the blast hit, entrepreneurs were quick to channel their efforts to answer immediate needs tied to food and healthcare, and rebuild the capital city. Michelle Mouracade, Lebanon Country Director of Alfanar, shares that the team turned their efforts to safeguard and support the social enterprises in their portfolio, and answer the immediate needs of Lebanon. Alfanar launched an Emergency Relief fundraising campaign to raise USD 750 000 in support of its work with local front-line social enterprises to meet the immediate and long-term needs of some of the most vulnerable communities, providing food relief and supporting in the reconstruction of offices and homes.

“The explosion has been met with numerous donations from around the world who are overwhelmingly choosing to bypass the Lebanese state and its official institutions, which has increased the importance of the role of NGOs and social enterprises who are now instrumental in implementing and channeling the aid. Alfanar being the only venture philanthropy in Lebanon, our unique experience puts us on the frontline in terms of guiding and assisting donors to maximize their impact,” shares Mouracade.

“The longer term impact is more psychological and moral. Our hearts are aching for Beirut, for all the people who have been killed, wounded, and displaced, for the houses that have been broken, for the businesses that were forced to stop,” says Maria Nehme, Strategy Manager at OLX. “And this is something that we will need time to heal from, for sure. When it comes to OLX, we are lucky to have a resilient business with a mission focused on helping communities even during crisis periods. As such, our business is working on preserving itself,” she adds.

Prior to the blast, Engineer Sabine El Kahi, Managing Director of The Makers Hub - Kids Genius was already in crisis management mode working to safeguard the business. “The blast further dampened our business, with students participating in the summer programs cancelling their enrollment. At this point in time, we feel that our service is not a priority for the majority of people in Beirut now. We are doing our best to rise again by trying to pivot momentarily our activities to support our community and feel useful for the people around us. It will take time but nothing is better than being part of a community to rise together.”

Other organizations shifted their business models and strategy, as a result of the blast. LiveLove Beirut, an initiative founded to shed light on the beauty and wonders of Lebanon, immediately transformed their mission, and the team has been working tirelessly to raise funds to go towards relief efforts.

“On a personal level, my home was totally destroyed, and many of my family members were injured, but thankfully, we’re all alive. For the business, our office was hit hard as well, and one of our colleagues was injured in the blast. We spent the first two days after the blast simply trying to grasp what happened and comprehend the fact that we were still here. I don’t really understand how we did it, but on Day 3 we jumped back up on our feet and began focusing all of our efforts and team members on rebuilding Beirut,” shares Edward Bitar, Founder of LiveLove Beirut.

The challenges were already mounting for Lebanese entrepreneurs and businesses, before August 4. We asked how the blast has intensified these challenges.

El Kahi outlines that the global pandemic resulted in a loss of business, and health and safety measures did not allow for after school classes or work with schools to take place, and the local economic crisis, decreased enrollment in classes.

“After the blast, we lost existing clients at our center who did not continue the courses that they are registered in. We even started asking ourselves how important are tech and hands-on educational trainings that we provide, to a society that is suffering, that does not even have a place to live or food to eat,” El Kahi says.

For companies in Lebanon, budgetary constraints due to the ongoing economic crisis and capital controls is a main challenge that is being addressed.

“We have seen that the economic crisis has accelerated the interest in second-hand items including mobiles, electronics, home appliances, furniture, hobbies, and more. In terms of challenges, we see a lot of people moving away from credit card payments and opting for cash payments. So we responded by introducing cash payment options at BOB Finance and OMT to accommodate such cases,” shares Nehme. “The Beirut blast has been an additional factor to this crisis but we want to believe that, as usual, Beirut will have the strength to stand-up again and rebuild,” she adds.

Social and economic challenges were already abundant prior to the blast. Alfanar has been dedicated to addressing these setbacks prior to the blast, and intensifying their efforts after the tragedy. However, the crisis has opened up a window of opportunity, when it comes to funding.

“With the recent economic crisis and COVID-19, donors are being incredibly generous and a lot of funding is being directed towards NGOs that are having an amazing impact on the ground,” outlines Mouracade. “However, much less funding is directed towards sustainable job creation which is actually the best way to eradicate poverty and to change people's lives in a sustainable manner,” she says.

Alfanar is also working to address difficulties in meeting the scale of needs for hunger alleviation, a commitment which started at the end of 2019, and has dramatically increased since the explosion. The team is working on transforming the Lebanese Food Bank into a sustainable social enterprise to alleviate hunger across Lebanon.

How do Lebanese entrepreneurs plan to move forward?

Despite the mounting challenges and the tragedy that impacted the entire country, Lebanese entrepreneurs are still determined to move forward, shift their strategies and adapt their business models based on the ongoing crisis – after addressing immediate needs.

“The resulting increase in poverty levels calls for a paradigm shift from a focus on short-term humanitarian aid to sustainable longer-term support that provides immediate aid while also placing vulnerable communities on the pathway to self-reliance,” says Mouracade. “This requires innovative and durable strategies that seek to empower marginalized groups to take control of their destiny and nurture the entrepreneurial skills they need to not only survive but also thrive.”

For LiveLove Beirut, it’s all action, having formed the Beirut Relief Coalition (BRC) after the blast. The coalition brings together nonprofit organizations and initiatives, to streamline rebuilding and rehabilitation efforts.

“With BRC, we aim to unite all forces and work hand in hand to rebuild Beirut in the most efficient and transparent way possible,” shares Bitar. “BDD has become ground zero - offering us offices, logistics and warehouses. We have created a disaster management and response plan, with specialized teams working in our call center, dispatching requests for help, organizing and distributing supplies and donations from our warehouse, assessing damages on the ground, and beginning the reconstruction process. Our priority is to carry out this plan and help rebuild the lives and homes of Beirut with as much care as possible,” he adds.

Alongside the immediate relief efforts, Alfanar is focusing on extending its efforts to provide digital education and educational support due to school closures. In addition, the organization is working to combat unemployment rates through existing programs, which are on the rise.

For El Kahi, continuing to offer educational resources and shifting courses to online platforms is a priority.

“We are working now on moving part of our courses online in order to be able to sustain our startup, and tapping into markets outside Lebanon. But we do want to be in Lebanon and benefit the community to which we belong and because we believe that a good education along with hands-on application and 21st century skills development will grant the growth of a new generation able to build a better future for the country,” she shared.

For OLX, their priority is to preserve a business that has been nurtured for over 5 years. However, in parallel, the team is focusing on contributing to the reconstruction of Beirut, at its own scale and own means.

“We have been supporting, as best as we can, the NGOs that have been doing a fantastic job at giving back to the community and the people of Beirut. We are collaborating with LiveLove who has a dedicated team working closely with the NGOs on the ground to organize and ensure that all the help is landing in the right hands,” shares Nehme. “On a business level, we are working on finalizing a list of generous businesses and people who are offering discounted rates or help for free to those who have been affected - we will also ensure that those in need get the chance to benefit from what is being offered.”

With the growing challenges and a tragedy that has swept over the nation, entrepreneurs and businesses in Lebanon are geared towards supporting Lebanon rise again. The commitment and dedication of every individual, business and NGO in Lebanon is evident, and efforts have been mobilized to rebuild a shattered country.

How has the explosion in Beirut impacted Lebanese entrepreneurs and shifted their strategies? How do they plan to move forward? 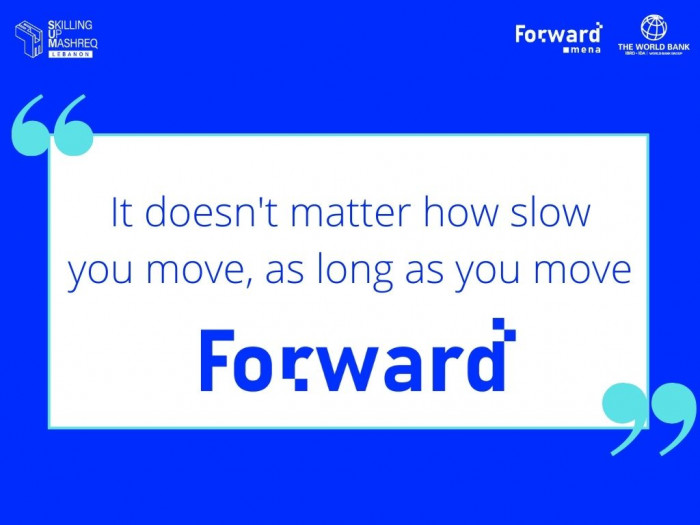 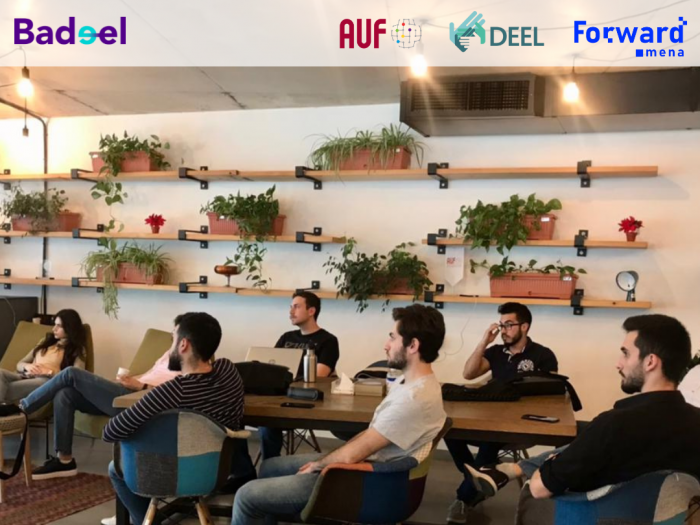 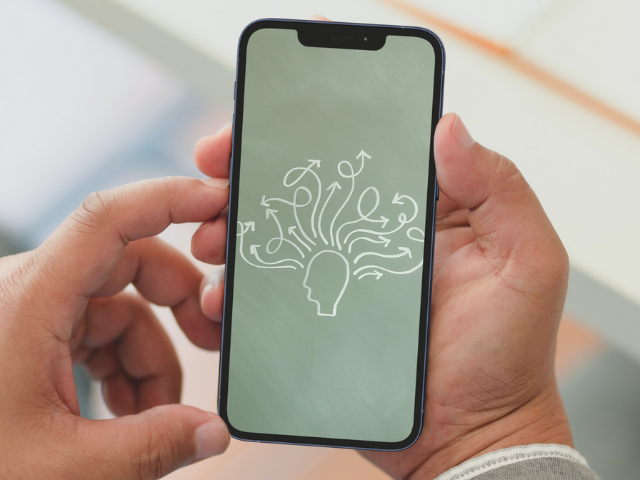 How Important Is Mental Wellness In The Workplace?