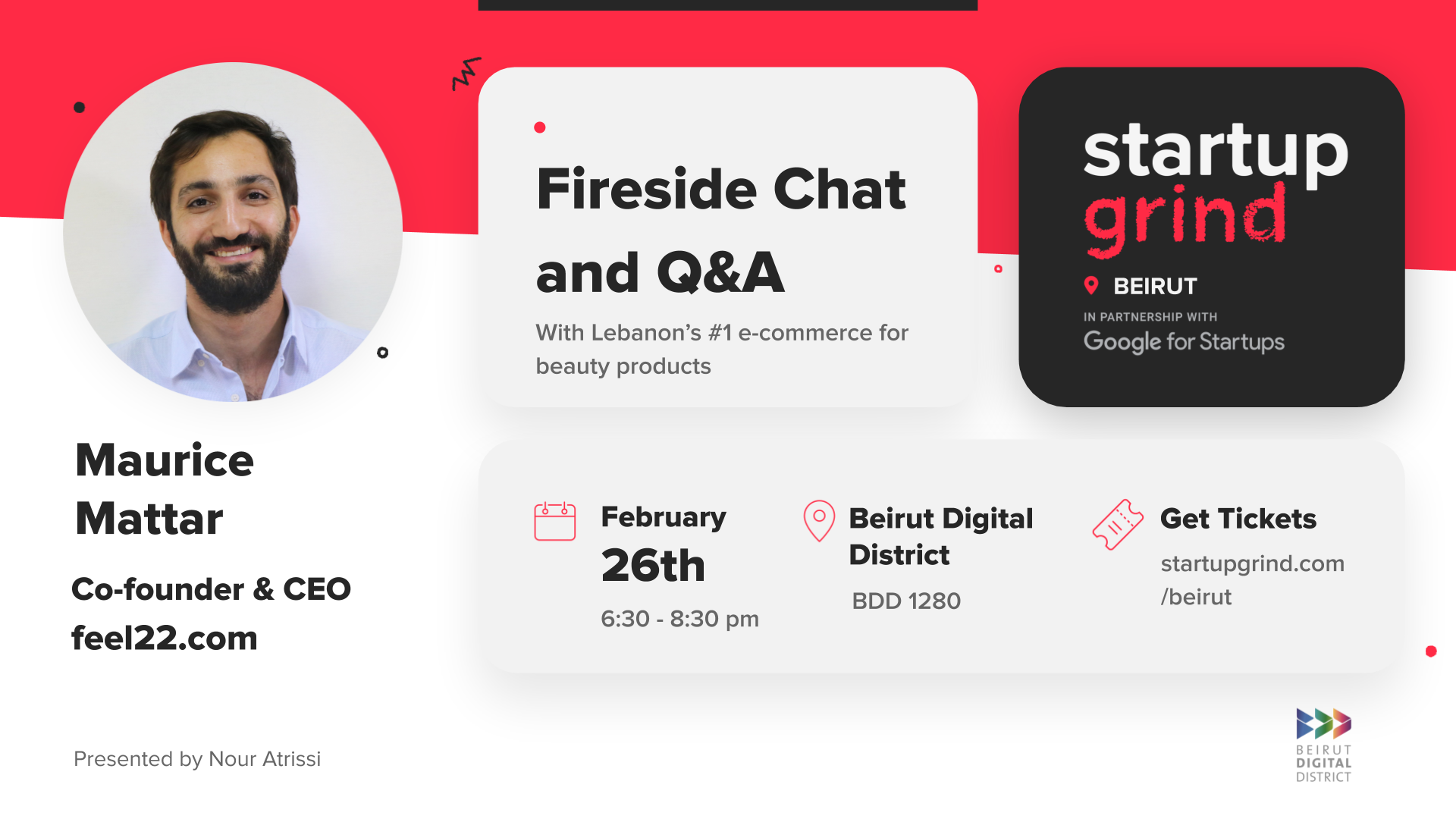 Startup Grind is the largest independent startup community, actively educating, inspiring, and connecting more than 2,000,000 entrepreneurs in over 600 chapters. We nurture startup ecosystems in 125+ countries through events, media, and partnerships with organizations like Google for Startups.

The cornerstone of our global community are monthly events featuring successful local founders, innovators, educators and investors who share lessons learned on the road to building great companies. Founded in Silicon Valley, StartupGrind has helped millions of entrepreneurs build their businesses, connect with strategic partners, and secure funding.

This February, Startup Grind Beirut is hosting Maurice Mattar, co-founder &CEO of feel22.com, to discuss where the company is at since its series A (February 2019), and how they're dealing with the current turmoil in Lebanon.

About Maurice: A graduate from HEC Paris School of Management, Maurice has 8+years of experience in tech and digital. He was part of the founding team of South East Asia’s largest e-commerce platform, Lazada (Rocket Internet) back in 2012 acquired by Alibaba for $4B in 2018.

Maurice returned to Beirut in 2015 to manage L’Oréal Levant digital division before co-founding feel22 in August 2016.

Host your event at BDD